It's a serious drink for serious times, but if things ever lighten up should Scotch do the same? wonders Tom Bruce-Gardyne for WhiskyInvestDirect...

WHEN cocktail bars shut down in March, consumers began learning the tricks of the trade at home.

Google searches for cocktail shakers jumped six-fold in the UK according to Dayalan Nayager, head of Diageo GB, whose on-trade team was recruited, along with their recipes, to help spread the gospel of mixology indoors.

Scotch whisky brands are keen to jump in, partly because consumers typically discover spirits through mixed drinks, and also because it would help bury that old saw that Scotch should be drunk neat.

In his 2014 book Whisky: The Manual, Dave Broom wrote: "Whisky's inability to dispatch the myths associated with it is one reason why it can remain a difficult sell. So, it's time to take aim and blast them away." Six years on, he's still blasting.

As the biggest category and 'elder statesman' among whiskies, Scotch seems to suffer most from this. In the words of Elliot Wilson, strategy director at drinks marketing agency, The Cabinet: "Scotch can appear quite insular at times being such a well-established and tightly controlled drink unlike American or Irish whiskeys that seem to have a lightness of touch and sense of humour." 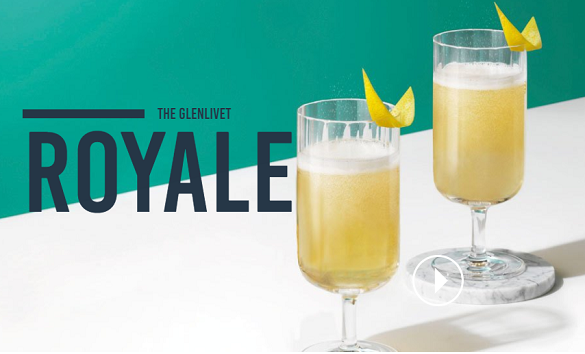 But Arthur Motley, purchasing director at Royal Mile Whiskies, sounds unconvinced. "All good alcohol should be a process of enjoyment," he says. "Maybe some of the overly respectful attitudes to it – that sense of 'Oh, you've got to learn about it before you can be allowed to drink it'...possibly gets in the way.

"But really, we're talking of single malts, and Scotch is a broad category.

"I would appreciate the big distillers doing more to make blended whisky fun, and make it a great base for a party drink with bubbles in it," he continues, pointing out that the industry was built on Scotch and soda which may sound old-fashioned, but is just a highball by another name.

William Grant's has succeeded in giving Monkey Shoulder a playful, young-at-heart image, but it hasn't achieved that for its standard blend (Grant's Triple Wood) and nor have any of its competitors.

"Within the industry, I think William Grant's are the ones who most understand how brands can play in a younger culture," says Elliot Wilson, who has worked with Diageo and Beam Suntory, recently designing a new release of Port Ellen on Islay and a new world whisky for India called Oaksmith.

"To some extent Scottish distillers are walking a tight-rope with their high-end expressions, where they have to play the game of being very reverential to the liquid, while also trying to sell some volume."

As for promoting Scotch as a mixable drink, Elliot says: "Distillers know about mixing. They talk about it and say all the right things, but I don't think they walk the walk."

Arthur Motley has some reservations, however. "I've got absolutely nothing against Scotch being used in cocktails, but it jars with me when something like Lagavulin 15 year-old or Macallan 18 is used," he says.

"It's wasteful, and kind of disrespectful because you shouldn't need to add anything to a drink like that."

In its current 'Original by Tradition' campaign, Glenlivet takes aim at these mythical 'rules'. "Whisky's a man's drink for men, they cried. Let them cry," says a sultry female voice. "Drink it neat, don't water it down, a single malt is sacred, they preach..."

But quite who 'they' are is unclear, for even the industry's most reactionary fossil abandoned the 'pure and undiluted' line decades ago. Indeed, repeating it may not be that helpful. (Glenlivet take note.)

"Someone said to me the other day 'Oh, I know I'm not meant to put water in it'," says Glen Scotia's distillery manager, Iain McAlister who is bemused why this nonsense refuses to die.

This fear of 'doing the wrong thing' recalls that old anxiety over mispronouncing French wines and provoking a smirk from the waiter or wine merchant. Buying an Aussie shiraz or Chilean chardonnay was far less stressful, and New World wines reaped the rewards accordingly.

Arthur Motley insists Scotch no longer takes itself too seriously, and says: "It's an industry with so many different distilleries and brands, there are lots of different approaches, and, to a certain point, I like the fact it's treated with a bit of respect, and that people enjoy learning about that process." 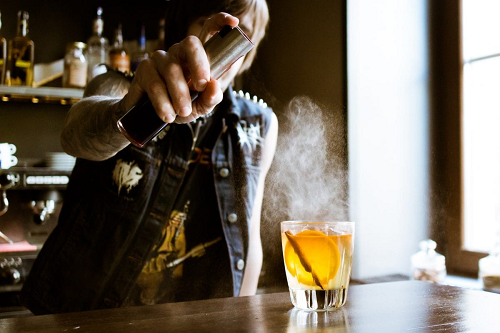 From all the visitors to his distillery in Campbeltown, Iain McAlister sees a real appetite for knowledge, and he reckons Scotch should stick to its guns. "If you did try and make it hip and trendy and dilute that 'elder statesman' image, I think it would have a negative effect," he says.

"It would be seen as trying to be something you're not."

Returning to the cocktail conundrum, Arthur says: "Dave Broom's a great friend, but I'm not adding coconut water to whisky. I'm not interested in that.

"Champagne has a recommended serve and a recommended temperature because it's a fine finished drink, and I think whisky's the same. I don't think we should be shy of that.