"BORN 1820, still going strong" is Scotch whisky's most famous slogan and refers to the year the original Johnnie Walker opened the family grocery store in Kilmarnock at the tender age of fifteen.

The brand came later, but as Nick Morgan, Diageo's head of whisky outreach, says: "All distillers tried to create an imagined past to give themselves the sense of authenticity that blends had been around forever."

This week sees the publication of Nick's long-awaited book – A Long Stride – to coincide with the brand's bicentenary. Big celebrations were planned, including the opening of the Johnnie Walker Experience, a dazzling new temple to the whisky in the heart of Edinburgh, but Covid has cancelled that until next year.

Describing the slogan, which dates from 1908, as "a bit of a defiant statement of intent," Nick Morgan says some of the competition thought the Walkers' were over the hill. The family ceded control to DCL, now Diageo (LON: DGE), but their creation remains undeniably strong. Bar China's baijiu Moutai, Johnnie Walker is the world's most valuable spirits brand.

The book delves deep into both the brand's foundation and the Striding Man, its globally-recognised icon in top hat and tails. Today he may look more lion tamer than Kilmarnock grocer, but as the books explains, it fitted the brief:

To stand out from, and disrupt, a crowded and clichéd category where a common theme was "bibulous-looking gentry rubbing shoulders with smugglers and kilted Highland chieftains."

Free from tartan tat, the Striding Man strutted the world in all directions until he was forced to walk from left to right to symbolise personal progress. 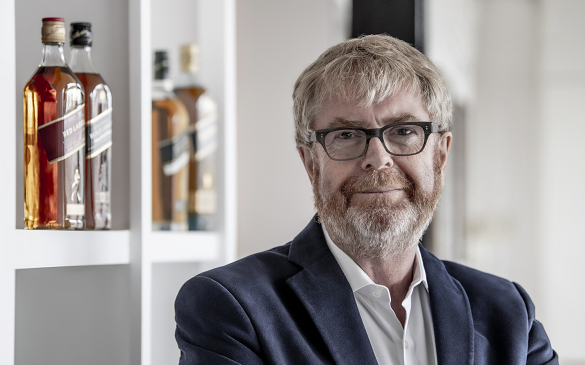 That happened after the Global Brand Executive of Johnnie Walker met for the first time in 1999 to thrash out the future of the brand.

In the film version, the meeting's venue would have been Wall Street or some Caribbean hideaway. Instead it was Croydon, but it spawned the hugely successful 'Keep Walking' campaign which propelled Diageo's pride and joy from 10 to 15 million cases by 2008.

By the next decade the marketing message was beginning to feel a tad earnest – all that progressing uphill – so the admen brought out 'Joy Will Take You Further' to give the brand a whiff of Viagra, or so it seemed. That was soon dropped, and Keep Walking came back aided and abetted by a lucrative tie-in with the HBO series Game of Thrones in 2018 that took Johnnie Walker to a peak of 18.9m cases that year.

Since then the Striding Man has stumbled badly, falling 22% in the year to June 30th as reported in Diageo's FY20 results, which puts the brand on around 14.4m cases.

Yet Nick Morgan insists that Diageo's directors are keeping their nerve.

"Given the current circumstances I don't think it's shaken their faith in Scotch and Johnnie Walker at all," he says. "No brand can be successful all of the time. Circumstances conspire to make trading conditions very difficult as they did in the 1930s, and again in the late 1970s and '80s, and in 2007, 8 and 9.

"The interesting thing about Johnnie Walker is every time it goes down it comes back even stronger."

But given its age you can't help wondering about the brand's life cycle, and whether it's approaching a stately decline. 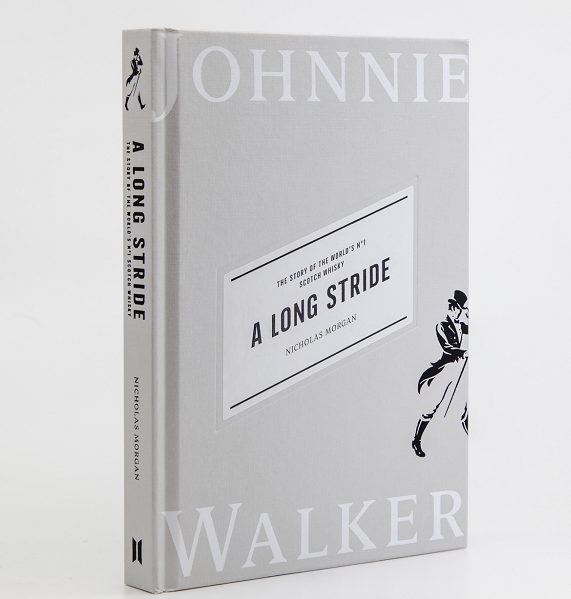 "If the world was a static place it might be possible to answer that question," Nick retorts, for in his view the brand's potential is undimmed. "You've got India waiting to open up, and China still really waiting to get into Scotch," he says. "The opportunities are fantastic."

Blends may be suffering in some of the big mature markets like America, but there's a whole world out there, and the fact is that Johnnie Walker probably transcends the category. Researching his book, Nick Morgan spoke to those who drove its export growth through the 1970s and '80s.

"When you got into markets where maybe not much English was spoken and they didn't really know what Scotch was," he was told that "what mattered was the square bottle, the slanting label and the man with the top hat."