All the Taste? Scotch Whisky Dips a Toe into the 'Low & No' Boom

Scotch whisky has locked itself out of the big party now forecast for low-and-no alcohol drinks. But its new lighter cousins are starting to line up at the door, explains Tom Bruce-Gardyne for WhiskyInvestDirect...

EARLIER this year, the market research firm IWSR predicted that the consumption of so-called 'low & no' drinks would surge 31% by 2024 in its top ten markets.

A quick reality check reveals that would come from a pretty low base. Low-strength beer dominates the sector and yet accounts for just 2% of all UK beer sales at present.

But these markets for 'reduced strength' drinks include Britain, America, Spain and France, and "What we're seeing is a moderation trend that's sweeping across key global markets," claims IWSR CEO Mark Meek.

"That's bringing with it increased demand for reduced alcohol, or alcohol-free drinks."

This party may not be the most riotous gathering, but Scotch can't join in because of its rigid rules – laid down in law and fiercely guarded by the Scotch Whisky Association – that stipulate a minimum strength at 40% alcohol by volume.

However, that has not stopped a few brands dipping their toe in this new pool of consumers attracted, for example, to all those low-strength beers.

It's also a way to test whether the potency of Scotch is a barrier for some potential fans, and to save a bit of tax in the process.

Launched in the UK in May 2019, Whyte & Mackay Light cannot call itself whisky given that it's only 21% abv.

It is therefore technically a 'spirit drink' – though you wonder how many Tesco shoppers think of it that way as they grab a bottle from the whisky shelves, saving around £2 on the Whyte & Mackay mother brand which typically sells for £14.

Rishi Sunak must be praying it doesn't catch on. The Treasury receives a meagre £4.32 in duty per bottle, compared to the usual £8.05 it gets on standard Scotch.

So the Chancellor would be relieved to hear from Ruairi Perry, Whyte & Mackay's marketing controller, UK brands.

"If you look at the numbers during lockdown, for obvious reasons 'low & no' products didn't perform as well as they previously had," he says. "The occasion wasn't there, or was very different" – and since the world was upended by Covid, he reckons it is virtually impossible to draw conclusions from last year.

That said, there are some insights Perry has gleaned since the launch of Whyte & Mackay Light.

"It's a repertoire purchase that tends to be bit earlier in the week, and is definitely more likely to be bought with a mixer like ginger ale or Coke," he says.

"It'll be interesting to see other brands starting to get into this, and really intriguing whether shoppers want flavour or flavour plus lower abv."

Step forward Diageo with its Haig Club Mediterranean Orange. Sold at 35% abv and developed with Haig Club's "global brand partner" David Beckham, it launched this March with a recommended selling price of £25.

You pity the poor supermarket shelf stacker trying to place this one. Being whisky-based it is kind of 'whisky' – but not as we know it – and instead appears to be chasing the same orange wave as Aperol Spritz in the aperitivo market.

"How will the SWA navigate through all of the above?" wonders Ruairi Perry at Whyte & Mackay.

"Labelling will be affected, and shoppers need to be really clear what they're buying and what they're not getting."

Theoretically, whisky producers who slip below the 40% abv threshold are free to do what they like since spirit drinks are not policed by the SWA. In practice, assuming they are SWA members, they wouldn't want to rock the boat unduly. 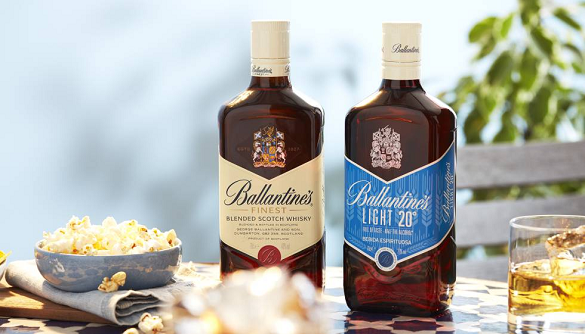 Pernod Ricard picked Spain as the launchpad for its new Ballantine's Light this January under the banner 'Todo el Sabor. Mitad de Alcohol' (All the taste. Half the booze).

Any new initiative should be welcome in Spain, because with its heavy reliance on bar sales, the country's whisky market has been devastated by Covid, with shipments down 40% in value last year,.

This new brand was launched with Beefeater Light gin, both at 20% abv, and "so far it's doing very well," says Ballantine's marketing director, Mathieu Delandes.

"The critical time is going to be this summer, and from September we're hoping we are going to get back to a more normal situation in Spain."

"It's really about opening the category to new consumers and new occasions," he says. "It's not about adding less to the whisky proposition, but making it slightly more accessible in terms of taste."

Ballantine's Light was intended as an experiment to test demand in Spain for a year or two, but Mathieu reckons the positive feedback might lead to a roll-out earlier than planned.

"Maybe we'll be starting a conversation with markets in Europe, Asia and even Latin America," he says.

Some years ago, South Korea flirted with low-strength 'whiskies' to keep its Scotch boom afloat but to no avail, and today its future seems to lie more with what used to called 'deluxe' blends led by Johnnie Walker and Chivas Regal plus higher-cost single malts, all at 40% abv or above.

Who knows whether Ballantine's Light will endure and prosper and encourage others to follow suit? But one thing appears certain.

Whatever their official title, such brands will be universally known as whisky by consumers. 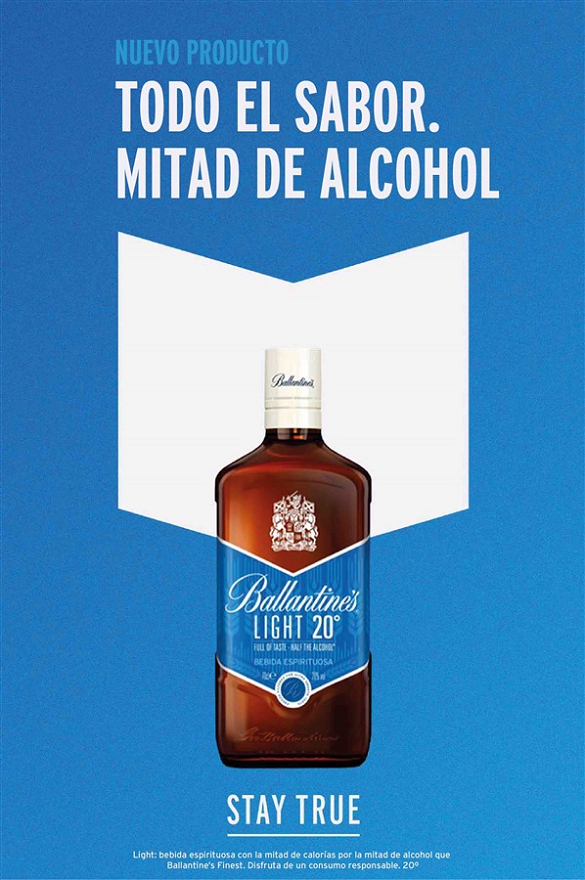